Richard Smith, Managing Director UK & Ireland Sales Division at Yamazaki Mazak, commented: “2015 was another record order intake in the UK across the entire range, but I would specifically pick out very strong results in horizontal machining centres, INTEGREX and our UK-built 5-axis machines, such as VARIAXIS.”

Mr Smith confirmed that machine orders to the oil and gas sector have dipped, but that this performance has been balanced by other sectors. “We’ve seen a decline in oil and gas due to market conditions, but this has been more than compensated for by strong growth in aerospace and automotive.” 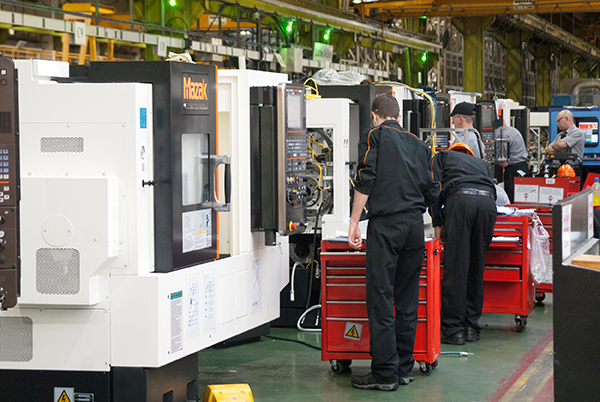 He continued: “What is particularly pleasing is the continued robust performance of our sales into the general subcontracting market, in which we’ve picked up a lot of new customers taking their first steps into CNC machining with our entry-level machines, such as the VERTICAL CENTRE SMART and the QUICK TURN SMART.”

Mr Smith also reported a record year for laser machines. “2015 was a real breakthrough year for laser in the UK and, on the back of strong growth, we took a decision to further bolster the laser sales team. In particular, we’ve generated real traction with the general subcontracting sector, in which the benefits of using a Mazak machine tool alongside a Mazak laser are being realised by increasing numbers of manufacturers.”