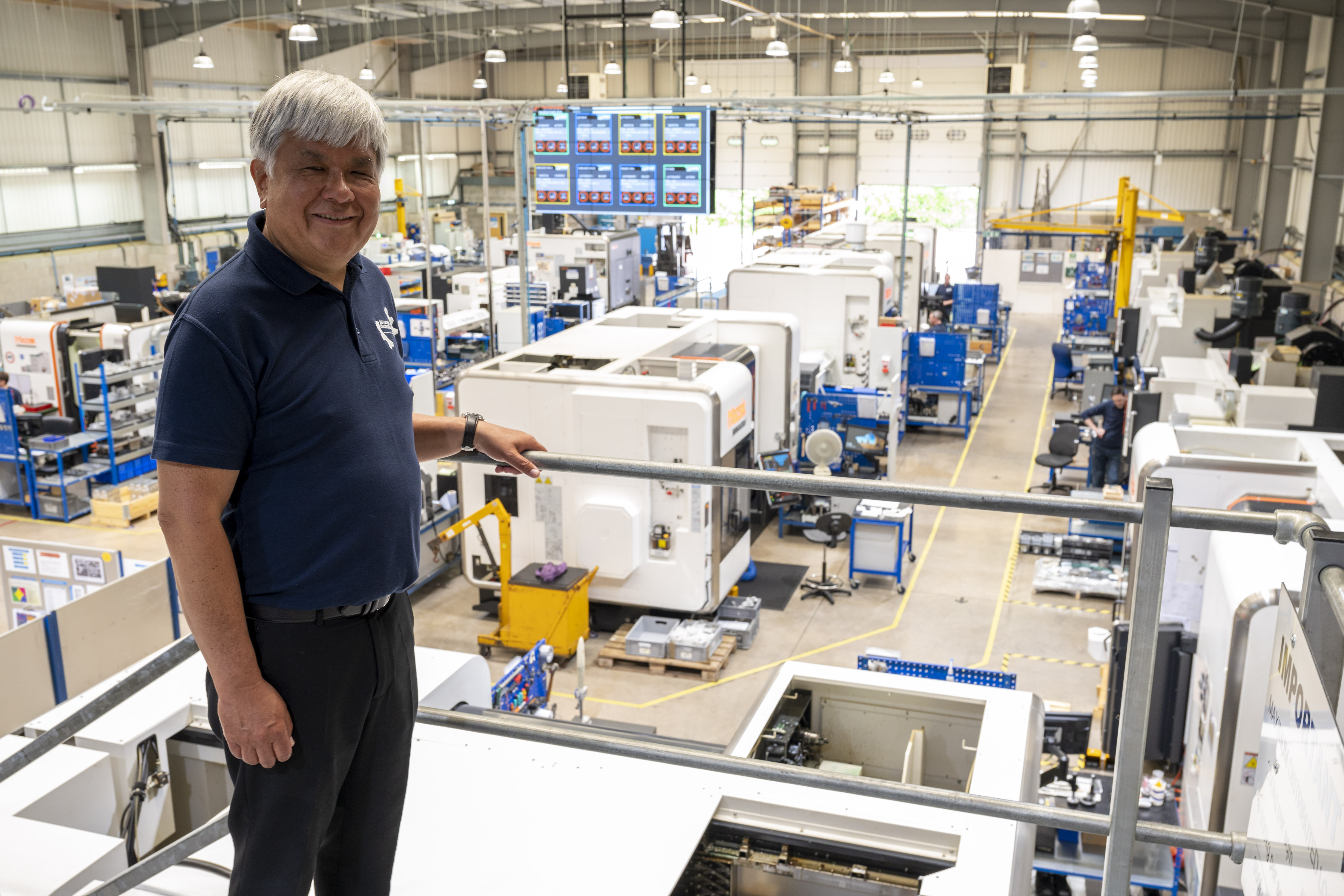 A precision engineering firm that prides itself on investing in state-of-the-art technology has transformed its workshop with iSMART Factory™ solutions from Yamazaki Mazak, providing a digitalized Industry 4.0 network connecting all of its machines.

“We’ve always been a company that have looked to adopt cutting-edge practices to increase our machining capacity and efficiency,” says Rod Wah, Owner and Managing Director of Beverston Engineering.

Based in Knowsley, Merseyside, Beverston specialise in the prototyping and manfacture of state-of-the-art engineering components. The company manufactures safety-critical parts to a wide range of industries, including aerospace, pharmaceutical and oil and gas from a 16,420 sq. ft. premises.

Established in 1974, Beverston has been a Yamazaki Mazak customer since the 1980s following its move from toolmaking and workholding fixture production into CNC machining. Looking to expand into this exciting new market, Rod explored his options and was soon struck by the quality of the solutions the machine tool supplier could offer.

“I took over at Beverston in 1981 and as the decade progressed it became obvious I needed to invest in CNC machines, simply because they were so much better and so much quicker than what we had used up to that point,” Rod explains. “Originally, when I started looking for models that might suit, I had certain ideas in mind – mainly centre lathes with software packages that had been converted into CNC machines. I wasn’t really aware of Mazak at the time, but when I saw the machines that they had available, they were far superior to anything else that was on the market.

“I went away and considered my options, but soon concluded the Mazak systems were so good, and so suitable to a subcontracting business like ourselves, that it was an easy decision. In fact, it’s been one of the best I’ve ever made – as soon as we began installing Mazak machines, we could improve productivity and make parts more cost-effective, and things soon escalated from there.”

The Beverston-Mazak relationship endures almost 40 years later with Rod’s commitment to quality machining resulting in the machine tool supplier providing 23 different machines as the business experienced continued success. Indeed, the longevity of this partnership can be seen in the company’s first purchase, a QUICK TURN 8, which remains in operation on Beverston’s factory floor to this day.

However, Rod’s commitment to innovation – and keeping his business ahead of the curve – meant he was always looking for ways to make Beverston more competitive. When he was introduced to the possibilities of Industry 4.0 by a Liverpool City Region project, LCR 4.0, and how it could make processes more efficient and reduce waste, he was understandably intrigued. As a result, a Knowledge Transfer Partnership project, funded through Innovate UK was formed in partnership with Liverpool John Moores University to drive Beverston’s innovative Industry 4.0 programme.

“In the old days, improving the performance of your workshop was very easy, as our move from manual machines to those using CNC shows,” Rod explains. “However, once you’ve made the switch to CNC machining, the improvements you make after that aren’t as big, and you can often hit brick walls thinking of what to do next.

“So, once I saw Industry 4.0 and looked at the benefits it could offer Beverston, I was immediately interested. This was the perfect next step for us. We knew we needed to get started with a new project, and as we already had Mazak tools in place, it made sense to see what they could offer us.” 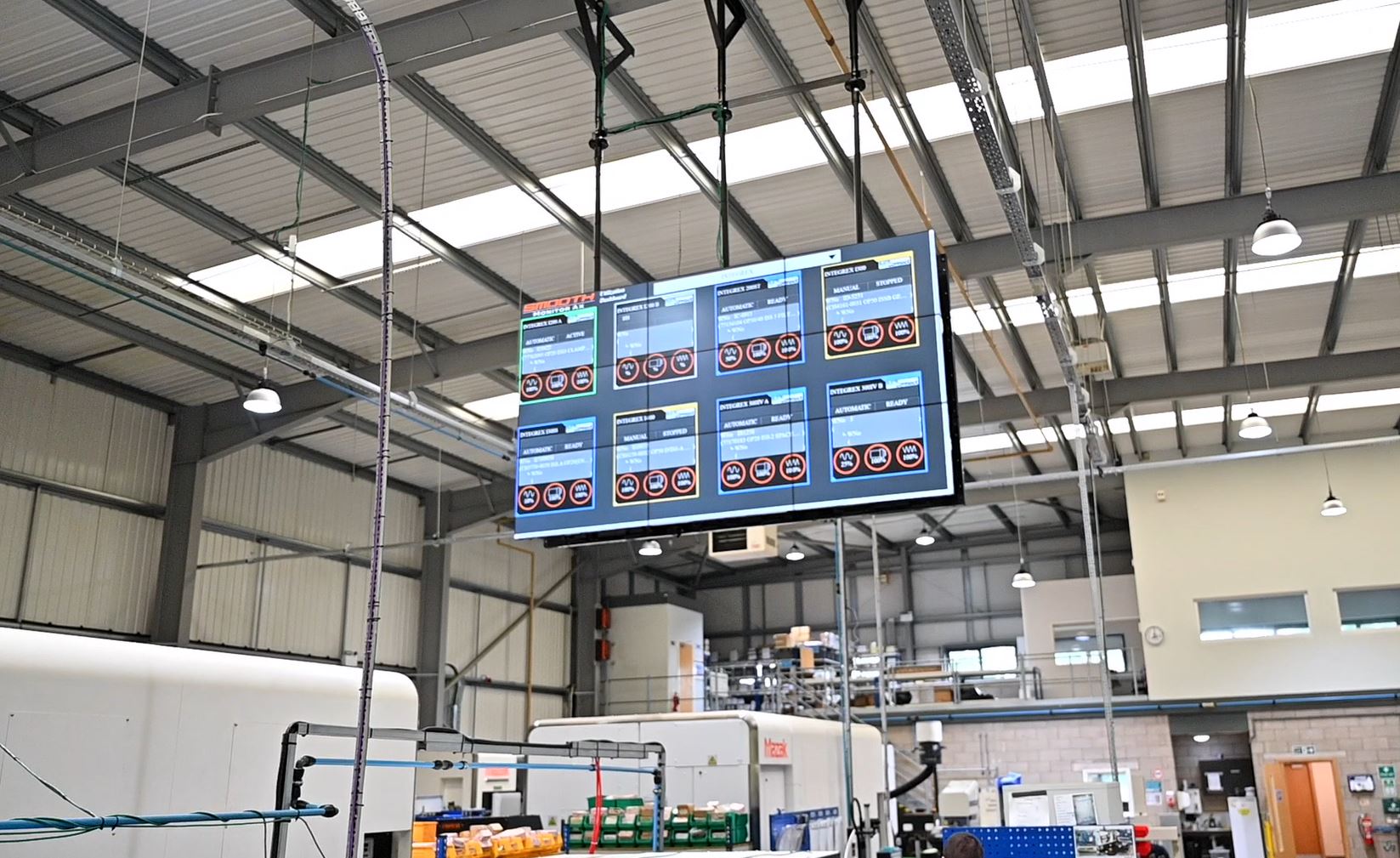 Mazak developed its iSMART Factory™ solution to provide its customers with a way of integrating Industry 4.0 principles into their manufacturing operations. Specifically, the iSMART Factory™ concept was created in recognition that, while the benefits of Industry 4.0 were clear, the actual on-the-ground implementation could prove a barrier.

With this in mind, Mazak’s iSMART Factory™ solutions were developed to focus on data collection, utlilsation and analysis, while always safeguarding manufacturing processes with the highest levels of network security, which is provided by Mazak’s SMARTBOX™ technology.

The ultimate objective is more efficient factory and machine utilisation. In Beverston’s case, iSMART Factory™ solutions have been seamlessly integrated the company’s factory and office networks, with MT Connect monitoring the machines with data exported to Smooth Monitor AX software which sits on Beverston’s server. From there the company can run data enquiries and integrate into the MRP system.

“We upgraded the network and Mazak engineers came in to install the SMARTBOX™ technology and configure our machines to work with MT Connect and the software,” says Rod. “A key concern was also security, which is extremely important in the manufacture of sensitive and safety-critical parts. Of course, if you are connected to internet, you need to ensure this sensitive data remains secure.

“This was key to our decision to choose the Mazak SMARTBOX™ technology, as our customers were rightly demanding the highest possible levels of security. The boxes are excellent – all data now passes to and from the server through them, and are secure enough that any worried clients soon enjoyed peace-of-mind that we’ve met their standards.”

He continues: “The Smooth Monitor AX software has also been a good visual tool. We have a large screen on the shop floor which continually monitors the status of the machines. Everybody can see when machines are down or, if there’s an alarm, the maintenance guys can instantly see what’s going on. We have screens in the office that show the managers and supervisors live information they can react to immediately.”

The overall effect for Beverston has been dramatic even at an early stage of the ongoing project. By monitoring and displaying information to its office and factory team, the company has already seen a 23 per cent reduction in setting time and downtime, and a 40 per cent relative increase in machine utilisation. These early findings are why Rod believes Beverston’s future will be bright, with additional actions expected to further establish its status as an excellent example of smart manufacturing solutions in action.

“We haven’t even had to make massive changes to get this level of improvement, and that’s been a real bonus,” Rod concludes. “It’s when we further analyse this data that we expect to see even more savings and optimisation of existing processes.

“This is absolutely what our customers want – quality products for the lowest price they can pay. iSMART Factory™ is helping us achieve that, and will be key to our competitiveness going forward. At the end of the day, investment in new technology and new practices has been what’s kept Beverston improving since 1974 and led us to where we are now.”