Mazak Partnership Passed from one Generation to the Other 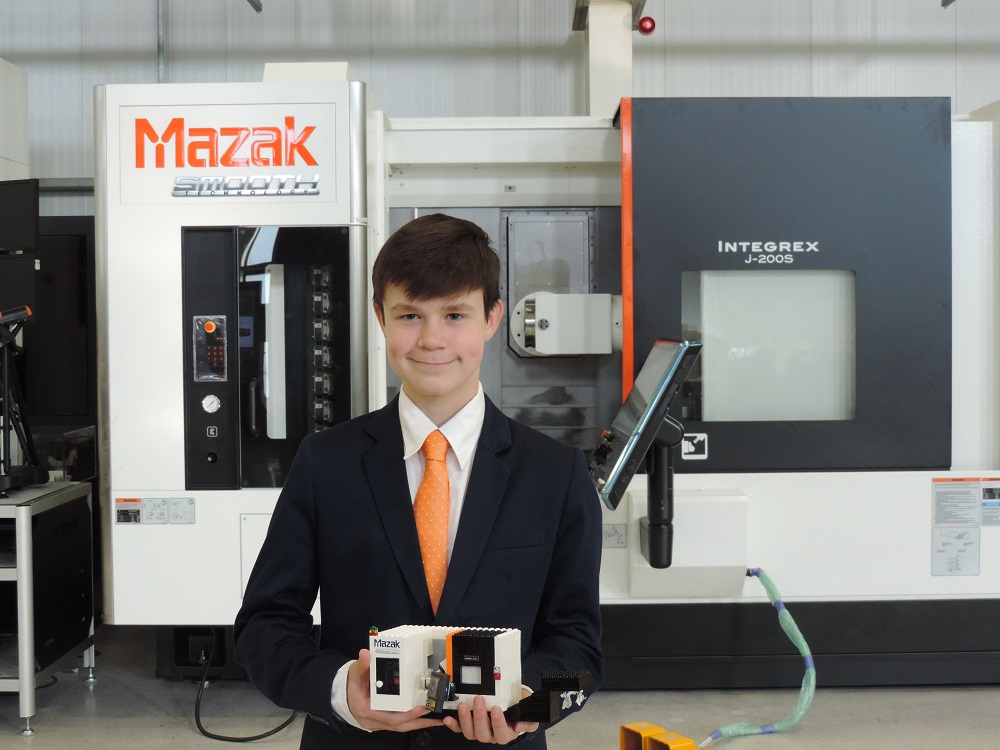 At just 14 years old, Sam Groves who is Adrian's eldest son, is the fourth generation to be involved with the family business. He is already immersed in metal-cutting. "We joke that he was christened with suds (machine tool coolant)!" laughs Denman, his Grandfather. Sam's really taken a fancy to Mazak machines. Having always been fascinated by Lego, at the age of six, he made his first Mazak machine from Lego. He set about creating his own machine shop… out of Lego bricks. Sam's collection of Lego Mazak machines has evolved over the years and, in parallel with his family's business, he's now on his third 'factory' with 22 Mazaks. The model factory itself is a sight to behold.

Complete with a reception, offices and even a safe, the crowning glory however is the machine shop. You'd be forgiven for mistaking it for an official scale model. "His ultimate goal is to build a full-size Mazak Machine out of Lego," finishes Adrian. "One for the foyer of the factory in Japan, and one for the UK." "That's a lot of bricks!" adds Denman.