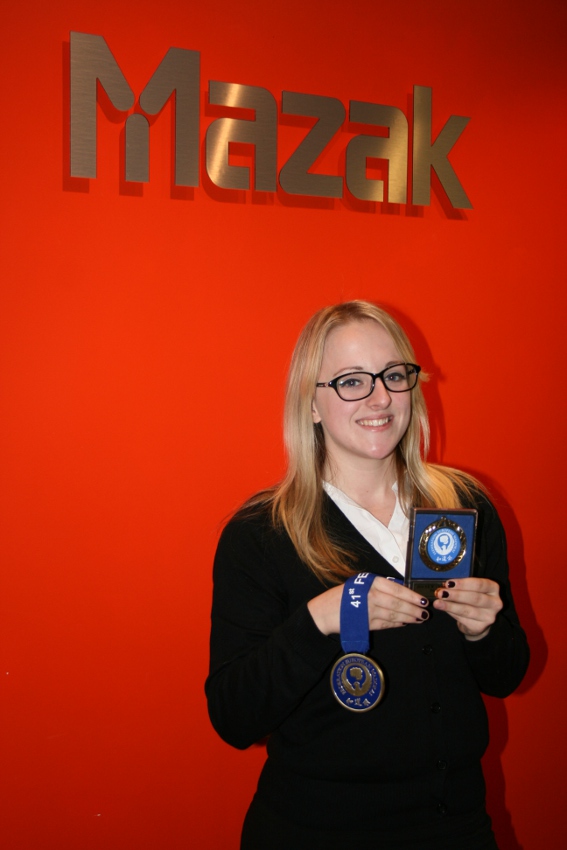 Ellie Sanders, 17, who is on a year-long apprenticeship with Yamazaki Mazak’s service department picked up a gold medal in the pairs kata event (detailed performance of intricate karate movements) and bronze in the individual kata event, in the 16-17 year-old age group at the competition, which took place in Reading during November.

Despite only taking up the sport four years ago, Ellie – who trains at Worcester Karate Academy – was competing in her third European Championships, having previously won gold at the 2012 British Championships. Currently a first brown belt, Ellie was competing against – and beat – black belt peers.

The ex-Blessed Edwards School and Worcester College student is currently half way through a 12 month Business Administration apprenticeship with Yamazaki Mazak.

Ellie commented: “It was brilliant to be able to be able to compete in a European Championship on home soil, and even better to win two medals. I’ve been training for four years now and it’s great that the Championships include junior categories as it’s a wonderful experience to be able to test yourself against not only the best in the UK but the best on the continent.”